The transition in the State of Qatar towards a sustainable future of low resource use intensities and clean production systems is undergoing. Such transition is driven by increasing environmental and economic pressures, the needs for economic diversification and an orientation towards achieving the global sustainability agenda. Air pollution, greenhouse gas emissions, and the depletion of scarce natural resources and energy resources in the State of Qatar are associated with the rapid demographic and economic growth as well as unsustainable consumption and production patterns. The development of “energy-smart-connected” buildings and communities will help the State of Qatar to overcome the environmental and economic challenges for achieving its National Vision 2030.

The overarching goal of this project is to develop advanced soft controls that allow buildings to optimally plan and manage their energy loads, and use the energy savings to engage in transactive energy trade within a community of buildings. Building communities that are equipped with distributed energy resources and smart control systems act as prosumers. We will examine the role these prosumers can play in the future of urban development, and the energy reduction and environmental impacts that they can contribute to. The scope of the work will include modeling and prototyping of control technologies, and understanding the social and urban impacts of connected building prosumers. The project will integrate electric vehicle charging to the more traditional loads in buildings, namely heating and cooling, This integrative approach to managing diverse energy loads in built environment underscores the growing trends in the number of electric vehicles and initiatives by cities for new EV-ready building codes. The proposed multi-layered collaborative soft controls will utilize real time building, weather, occupancy and travel data to optimize heating, cooling and mobility loads, and the operation of generation and storage assets at buildings and communities. We will also examine new revenue models that would encourage building owners and community operators to participate in transactive energy market.

The results and models developed here will be integrated into an existing software platform at Rutgers University for the purpose of evaluating and optimizing design and operation of “energy-smart-connected” communities. We will select a small community of buildings in Doha, Qatar, to demonstrate our controls and the environmental and economic benefits that can be realized by different actors and stakeholders.

Aside from significant savings in energy consumption and lower Co2 pollutions, the findings from this project will help shape the future of urban development and smart communities. With the proposed smart controls, each building prosumer will be fully cognizant of its needs and state of assets one day-ahead and in near real time. It will use this information to balance its energy load with the rest of the community. The result will be reduced energy consumption and cost for the building and its community, lower quantity risks for the overall grid, greater opportunities for the community to participate in demand response and energy efficiency incentives, and lower O&M costs. With the initial cost of technology dissipating fast, the overall cost of ownership will be reduced for individuals and businesses.

The findings of this project will also enable new urban models. For instance the proposed soft collaborative controls between buildings will be an enabler for an online brokerage platform where building prosumers participate in daily or hourly auctions to sell or buy energy capacity. Building from different communities that belong to the same power distribution network and share a transformer, feeder or substation node will be able to participate in the trade. Excessive loads at Building A will materialize by internally optimizing the same day operations against day-ahead planned loads and commitments made to the grid, or by optimally synchronizing loads between A and its community level peers. The traded excessive energy from A can then be used to meet unplanned loads (e.g., loads due to electric vehicle charging, unexpected weather conditions or occupancy needs) and/or charge thermal or electrical energy storage at Building B. The control models can also provide a platform to evaluate different urban development plans with respect to hardware configuration (e.g., thermal or electrical storages) and sizing, the use of smart building materials, etc. Optimal controls will be calculated for a given configuration and under a host of input conditions. These optimal solutions will then be compared for the underlying configuration under representative input conditions and economic data. Finally, optimal controls within a building and its community will transform design practices from designing to maximum capacity requirements to setting design parameters within constraints bounded by optimal operating conditions.

New community level revenue models will also be examined. For instance, a parking lot with EV charging stations will be able to engage in transactive energy trade with its neighboring buildings. Energy savings by the tenants of buildings will be transacted to the EV owners and the lot operator. The revenue from such transactions will significantly benefit the building tenants and owners. This could be a major driver for growth in underprivileged communities where brown fields can be transformed to clean energy EV parking lots or garages. Similar trade can be carried out between residential and other commercial or industrial facilities.

Building communities that are equipped with distributed energy resources and smart control systems are among prosumers that can play an important role in power grids for balancing services and network stability while they can achieve a net-zero energy state and make revenue through collaboration with the gird. The operation planning and design of such energy communities can be categorized into demand management systems and parallel energy resources control [18, 19]. Buildings along with district equipment (such as district chillers and boilers) and EVs are viewed as networks of interdependent dynamic energy consuming assets that are influenced by time- and state-dependent changes in external conditions (e.g. temperature, humidity, wind, solar radiation) and internal conditions (e.g., building functional mission, occupancy patterns, normal wears and tears, or unplanned failures and faults). Zeroenergy buildings are well-defined and evaluated [20]. By the advent of new technologies, building operation performance can be enhanced by adopting smart control strategies, which, in turn, save a considerable portion of energy to transform the building into a zero-energy system [21].

The overarching goal for every building is to provide comfortable living and working environment for its occupants. In the near future buildings must also provide venues for timely charging of occupants’ vehicles. Building occupants override temperature set-points, generate latent and sensible heat, change electrical equipment and lighting system operations, each of which, dramatically impacts building dynamics in terms of operation and thermal condition. Consequently, human interaction, building thermal behavior, and building asset conditions are potential targets to be investigated for short and long-term optimal building planning [22]. Taking into account these factors, building controls must optimize operational planning of buildings assets, including air conditioning, lighting, electrical equipment, etc., and building management systems to satisfy comfort level of occupants and achieve essential criteria for sustainability and energy saving indices [23, 24].

In a connected building framework, buildings are cooperative or competitive agents which are expected to work toward an equilibrium defined by the state of some other actors. The concept of building clustering based on load profile to increase operation performance is investigated by [25], and effectiveness of different building configurations were evaluated through genetic algorithm. For instance, opportunities for load shifting in building appliances have been investigated to decrease peak demand in building clusters. The concept of Smart Building Cluster (SBC) was studied by Ma et. al [26] to construct a multiobjective framework for energy management under a non-cooperative game theory problem. In this framework, each building has its own PV while trading power in the cluster, and the loads are simplified into fixed and shiftable loads. In [10], optimal operation planning for multi-buildings is evaluated through hybrid modeling and for day-ahead and real-time price markets.

A micro-grid, including conventional power generators and renewable resources together with demand response capability was modeled in [27]. In this model, the value and benefit function that an end-user generates by lowering its demand is evaluated and added to the system. A hierarchical system is investigated in [28], in which a coordinator makes decision for an energy district to sell or purchase electricity. Issues such as electricity pricing schemes, feed-in tariffs, and reverse flows are included in a Monte Carlo optimization framework. In this framework, photovoltaic systems, wind turbines, and a micro CHP system generate energy while EVs, appliances and air conditioning loads serve as demand. Gou et. al [29] developed a framework to evaluate optimal planning and voltage regulation in isolated micro-girds via a two-step power dispatch control model and a multi-objective evolutionary algorithm. According to [30, 31], indigenous stochasticity in weather condition, distributed resources, unit outage and load demand impacts the system, such that operation planning would change dramatically and requires risk management techniques to offset uncertainties. On the other hand, exogenous volatility in electricity price market, with an average of 359.8%, brings about risk and uncertainty in decision making processes [32]. Hu [33] investigated building clusters (including buildings with different thermal masses, district chiller, ice storage, batteries, and PV panels) under disturbance and uncertainty, and, developed a decision control framework with particle swarm optimization and data fusion methodologies at three levels of data generation, execution, and calibration. The stochasticity in distributed energy resources is taken into account in [via a two-stage stochastic programming model. As outlined, transportation also plays an important role in energy communities.

The recent advances in battery related technologies and the reduced price of Electric Vehicles (EV) are significantly changing the landscape of roadway transportation [35] and [36], and more than ever before, the nexus between transportation and energy becomes evident. With the increasing number of EVs on the roadways and the flexibility to charge at home, or public and private facilities, the demand for power increases and load uncertainty widens. V2G technology and investment in facilities that bring this technology to many vehicles with right business model can significantly dampen the effect of increase in EV load by allowing energy flow from these vehicles to the grid at times of stress and peak loads. The increased peak load demand due to plugged-in EVs may also overload service transformers resulting in transformer overheating and subsequent deterioration [EV charging is also likely to cause power quality problems, including, under-voltage conditions, voltage and current harmonics, and etc. The authors in [48, 49] proposed utility owned smart controls aiming to maximize utility and costumers’ benefits. In [50, 51] the authors provide control algorithms to maximize EV owner’s profit earned from selling power to grid and participating in a frequency regulation market. The aggregated charging load of EVs in the community with flexible and interruptible characteristics brings opportunity in DR market. Yao, et.al. in [52] analyzed the EV charging coordination based on both price-based and incentive-based DR programs. By using new smart chargers, EV charge rate can be set to any level between zero and the maximum rate (maximum rate is determined according to battery charging curve) if needed to accommodate variations in power supply.

Associate professor in planning and development 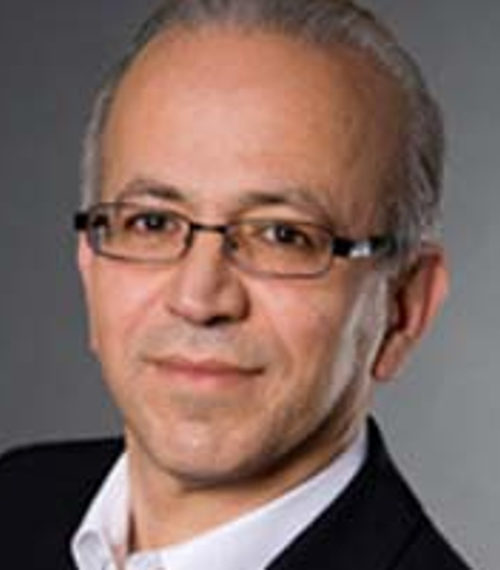 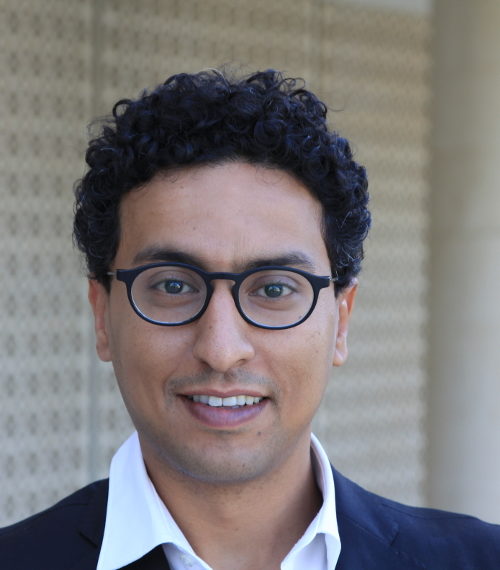 Research Assistant Professor and Coordinator of the Social Sustainability Programme