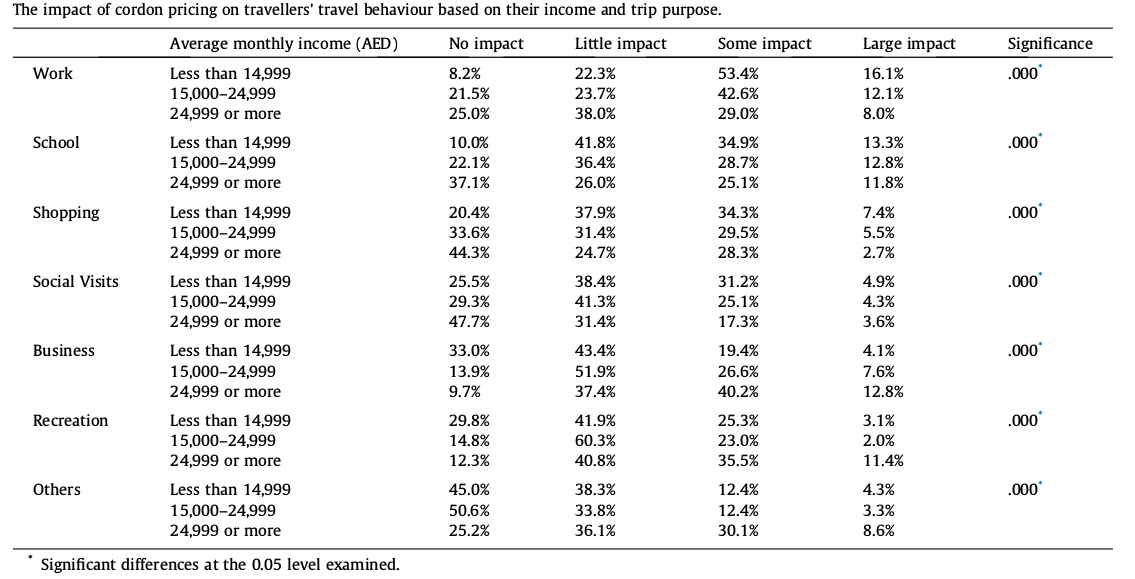 The main goal of this study is to investigate the feasibility of implementing cordon pricing as a mitigation policy to curb traffic congestion in Abu Dhabi Island. Two research objectives are identified to address the research goal. First, this study examines the impact of cordon pricing on commuters’ travel behaviour based on their socioeconomic characteristics. Second, this study investigates commuters’ willingness to pay to escape congestion on the roads of the city of Abu Dhabi. A stated preference survey was used to gather data, and the analysis was based on 6054 responses. Multinomial logit modelling, chisquare test, and one-way ANOVA were used to assess the impact of cordon pricing on commuters. The results of this study show that the respondents have a slight intention to reduce their auto use by driving less or changing to other modes of transportation. Toll charges are found to be an important factor that would trigger some income groups to change their travel behaviour because of the additional burden and cost to their daily trips.